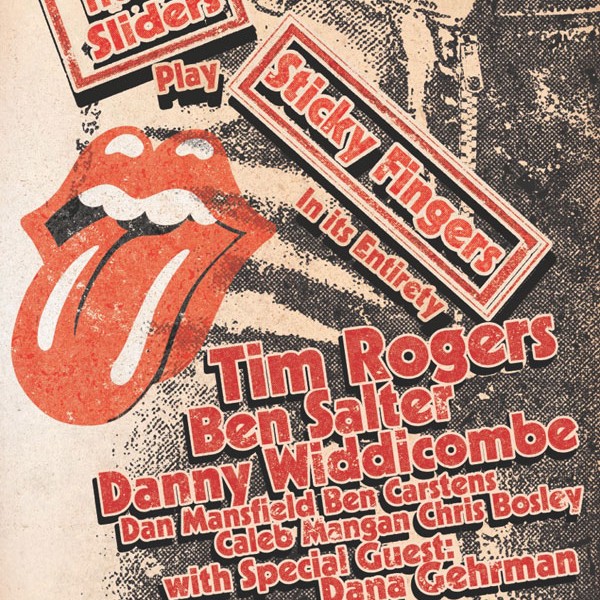 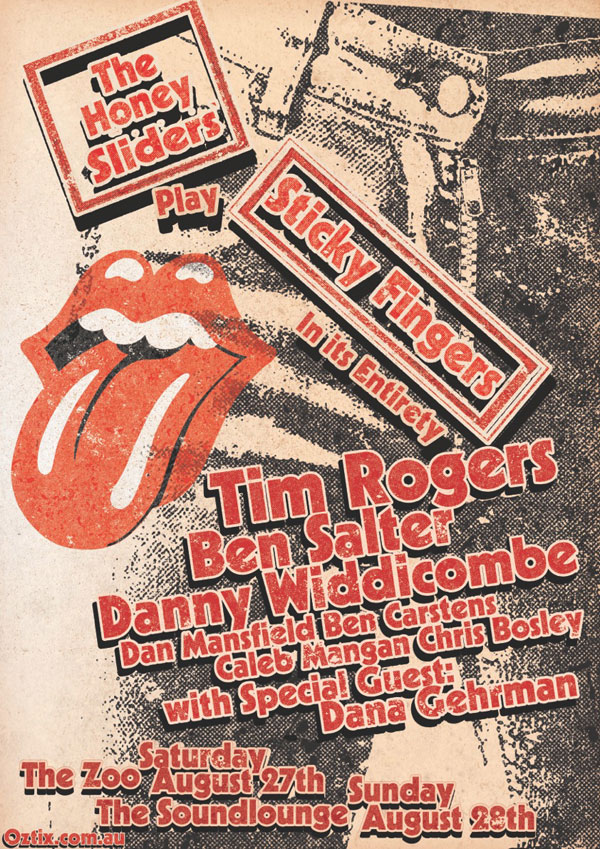 STICKY FINGERS was the first Rolling Stones album to reach number 1 on both side of the Atlantic when it was released in 1971. 2016 marks its 45th anniversary and to celebrate, local musician Danny Widdicombe and his band The Honeysliders have hand picked some friends to bring it back to life on the stages of The Zoo and The Soundlounge.

“We were looking for a lead singer for this Sticky Fingers idea” says Danny Widdicombe. “You can’t play a Rolling Stones album without a Mick Jagger. I thought, who better than our very own king of rock n roll – the effervescent raconteur himself, Mr. Tim Rogers.”

Sharing some of the singing duties will be the highly renowned Australian performer Ben Salter. Ben and
Danny play in the twice ARIA nominated band The Wilson Pickers together. “Ben is one of the best singers in the country” Says Danny. “He’s also probably the kindest and most generous musician I’ve shared a stage with so I was rapt when Ben said he was available for these shows”

The backing band are called The Honey Sliders featuring Danny on lead guitar and vocals, Dan Mansfield on keys, Ben Carstens on Drums, Chris Bosley on Bass and Caleb Mangan on guitar. “We play every week around Brisbane. We love making music together and over time we’ve built a real
understanding and a musical bond that the audience can relate to. You can tell we’re enjoying each other’s company onstage.”

Supporting The Honey Sliders will be the emerging talent Dana Gehrman. Dana met Danny at his Campfire Sessions, an open mic night that he hosts at Lefty’s Old Time Music Hall in Petrie Tce.