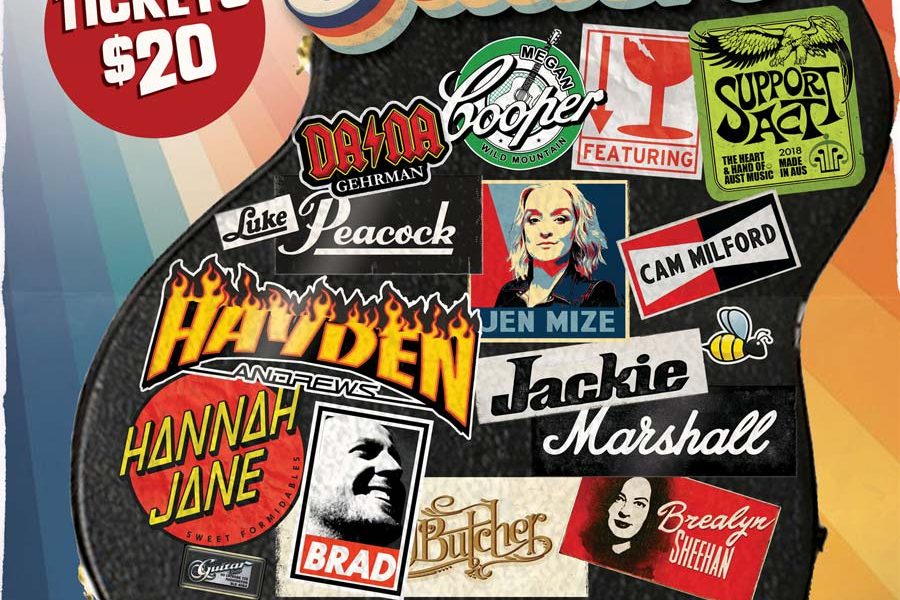 On Saturday 1st December, Danny Widdicombe and his band The Honey Sliders are putting on their inaugural Xmas concert for charity. To be held at The Honey Sliders’ spiritual home, Lefty’s Old Time Music Hall, the band will be joined by some of Brisbane’s finest performers in an all-star, rollicking hootenanny, and at the same time they’ll be raising much needed funds for Support Act – the charity for the music industry.

In 2011, Danny Widdicombe was enjoying the spoils of winning the prestigious song writing award, The GW McLennan Memorial Fellowship, when leukaemia struck him down for the third time.

Lindy Morrison of Go-Betweens fame, is the artist liaison at Support Act, and she worked closely with Danny’s family to help them find a way through the most difficult of times. Not only offering financial assistance, Support Act helped give Danny and his family emotional strength with the knowledge that is an organisation actively assisting those who have dedicated their lives to music.

The Honey Sliders are led by Danny Widdicombe who is a member of the Three x ARIA Award nominated band The Wilson Pickers and has played lead guitar for the likes of Bernard Fanning, Tim Rogers, The Go-Betweens and many more. Danny is renowned for his formidable guitar playing and songwriting. On keys, bass, guitar and almost anything else he turns his hands to, Dan Mansfield is the musician’s musician and has played all over Australia as a part of the cult band The Gin Club and with Australia’s premiere rock n roll band You Am I. Chris Bosley has toured the world as bass player in the groove collective known as The Resin Dogs. Ben Carstens keeps time for the band and is also a member of local Brisbane rock band Mexico City.