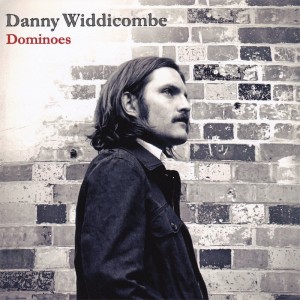 By the time 2011 rolled around, I was in a band called The Wilson Pickers. I thought we were one of the best bands in the country. I still do. Andrew “Moz” Morris, Sime Nugent, Ben “Curly” Salter, John Bedgood and myself. I love them. It’s bluegrass but it’s not bluegrass at all. It’s just a bunch of naughty boys getting drunk and trying to write songs and playing acoustic instruments.

But it’s much more than that too. We were signed to ABC Roots under the esteem of Peta Chew and she and the rest of the ABC crew are absolutely lovely and they love our music. So we put an album out. Then they said they’d put out my new recording “Dominoes”. I recorded Dominoes at home. My studio is called Butter Chicken. Silly name, but who cares right? Not me.

I’d wait till my kids and wife were asleep and it very delicately pick out melodies on my cheap Martinez resonator that bought especially to play in The Wilson Pickers. I love that guitar. All my songs for Dominoes were written this way and then I’d treat it as a day job and sit down with pen and paper and protools sessions open in front of me until the words appeared and the structure of the songs was formed. Nothing for it except hard work. I’m very proud of “Dominoes” and I think there’s some wonderfully imaginative music on there whilst staying within theme of “Cosmic Cowboy”.

Here’s what the press had to say about “Dominoes”;

“Dominoes finds Danny at the top of his game. A man in rare form vocally, in storytelling and musically with a swagger and melancholy sweeping through this vibrant record at every turn.”
Nick Argyriou, Rhythms Magazine

“Dominoes is one of the best country rock albums produced in a long time. 4/5 ”
Bernard Zuel, Sydney Morning Herald

“Dominoes is a triumph – it plays like some long-lost classic from the Californian roots-rock scene, circa ‘72. 4/5 ”
Noel Mengel, The Courier Mail

← Find Someone
The Transplant Tapes →