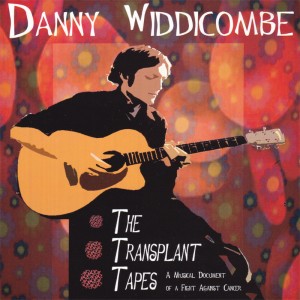 On 28th February 2004, I received a stem cell transplant, also known as a bone marrow transplant (although technically it’s different) to try and cure my Chronic Myeloid Leukaemia. I was first diagnosed on Decemeber 5 1995. That was quite a day…

Total Body Irradiation, chemotherapy, a bazzilion different drugs to keep me going throughout it all and stuck in an isolation room.  I could write a whole book about it. Maybe later.

Fast forward to 2006. I set up my living room as a music studio. This was my chance to write an album. So I did. I’d just met a lovely young man called Luke Moller before I went in for the transplant. He was nicknamed Fiddleboy because of his insane virtuosic abilities and his obsession with the the thing. We both love music just as much as each other. So Fiddleboy would come around and we’d record stuff. I’d try and write another song and he’d do another solo. We were heavily into Gillian Welch / David Rawlings. How could you not be in 2006? We even got to see them play at The Tivoli in Brisbane. Wow.

So I ended up with enough songs for an album and I found a distributor called MRA and I put it out. It’s not a bad album but it’s not the best thing ever made either. I’m proud of it though because it sounds just like me, just at that point in time and I did the whole thing myself including the cover. My good friend Andrew “Fred” Dunn mastered it for me in 2 hours and did an amazing job. I love that man.

You can buy The Transplant Tapes on this website digitally. I’ve long sold out of physical copies (that’s a good thing yeah?)

“The Transplant Tapes is a lovingly crafted and uplifting musical experience”

“The songs are as musically gorgeous as they are lyrically moving.”