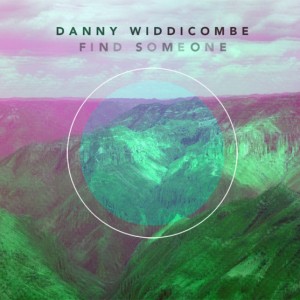 By 2010, I’d had 2 ARIA Award nominations with my band The Wilson Pickers. How amazing! For those reading outside Australia, they are our Grammy awards. How good can life get?

But it’s not all good news. I was drinking too much. I had times where I was mean to my friends and my wife. I’m not proud of it at all. Looking back, it’s bloody crazy, but, it happened. To my friends’ and my wife’s credit, they stuck by me. Thank goodness.

2010 I also won the coveted GW MClennan Fellowship Award. This was huge for me. $20,000 to travel to either Berlin, New York or London just to soak it all up and become a better person. I’d known GW McLennan through long term friend Ian Haug.

“Hauggy” is the nicest person in the world and knows everybody there is to know in music. He’s also THE most solid guitar player you’ll ever meet. Ask for a certain chord and it’s there – strong as an ox. So I was lucky enough to have a couple of nights on the town with GW McLennan, whom funnily enough was the first person ever to tell me that you can ask the government for grants to help your artistic endeavours along.

I already had some demos for a new album and I had an absolute ball in Berlin as you can imagine, not only playing a truckload of gigs (23 in 30 days) but spending time just in a sublet apartment in Neukolln writing and recording. Talk about memories.

But I got sick again. And it felt deeply weird. I was turning yellow. I just thought I might need to slow down. So did Moz. So he left for London and I continued out tour through the Netherlands (headlining a festival on my own along the way!) and finally met up with Moz again when I got to England.

By the time we played out first duo gig in London, Moz found me still, hunched over my guitar, unable to breathe, let alone walk, as he and his new girlfriend Amanda came up behind me. How the hell did keep going? What forces drive you through those moments? I even made a film clip for one of my unfinished demos called “No-one Else” with the affably talented Mr Marty MacDonald. He’s one of my favourites people on this planet. Nothing at all is impossible for Marty. What a man.

My wife flew over. We were about to go to Paris, through Spain, onto Morocco and then home. Instead of catching the train to Paris, I had to go to hospital. The Chelsea Westminster.

“We’re send you to the Hammersmith Hospital Mr Widdicombe. They have a haematology department there.”

I was born at The Hammersmith Hospital in 1975. My parents were living an insatiable life fueled by a love of each other and music and friends etc. They were 23 when I turned up on Christmas Day 1975. We were in Melbourne by the end of 1976 and I became a little Australian.

Here I was again at The Hammersmith Hospital. I still had the same Hospital Number! Amazing. One nurse even said to me –

“so you were born here and now you’re going to…” soI just stopped her in her tracks with a look that said – don’t even think about finishing that awful sentence.

Sure enough, the head haematologist comes in and says “MR Widdicombe, we know for sure that you either have your old Leukaemia back or you have a new one.”

It turns out that it was the same one, just in what’s called Blast Crisis Phase. So it was all transfusions and flights back to Brisbane to begin my third go at the big chemo ritual.

The best thing about music, is that it just kept me going. I was booked into bed 13 in ward 5C at the Royal Brisbane Hospital and I had my midi keyboard, MBox interface, laptop with Protools and a dozen demo songs to work on. I got to see my kids again but they couldn’t really get toy see me properly if that makes sense. It wasn’t right for them.

I booked a radiation suite out as a recording studio and Fiddleboy came to lay down some solos and hang out. Ben Salter came by and did some BV’s. I was having a great time.

Then Tylea, who is a local Brisbane music legend came from nowhere and visited with a painting she’d made earlier and said that her husband Magoo would help put my demos together into a releasable format. Wow. Magoo is famous. He’s actually a real producer. I said yes.

That’s how Find Someone came to be an album. It’s a miracle that it came out. I have to dress that there were several times when it seemed like I was out and gone. I came so, so close to losing my life. I have horrific memories that I don’t want to share with you kind people. I’ve BEEN there. You shouldn’t have to. But the music kept me going. And it still does.